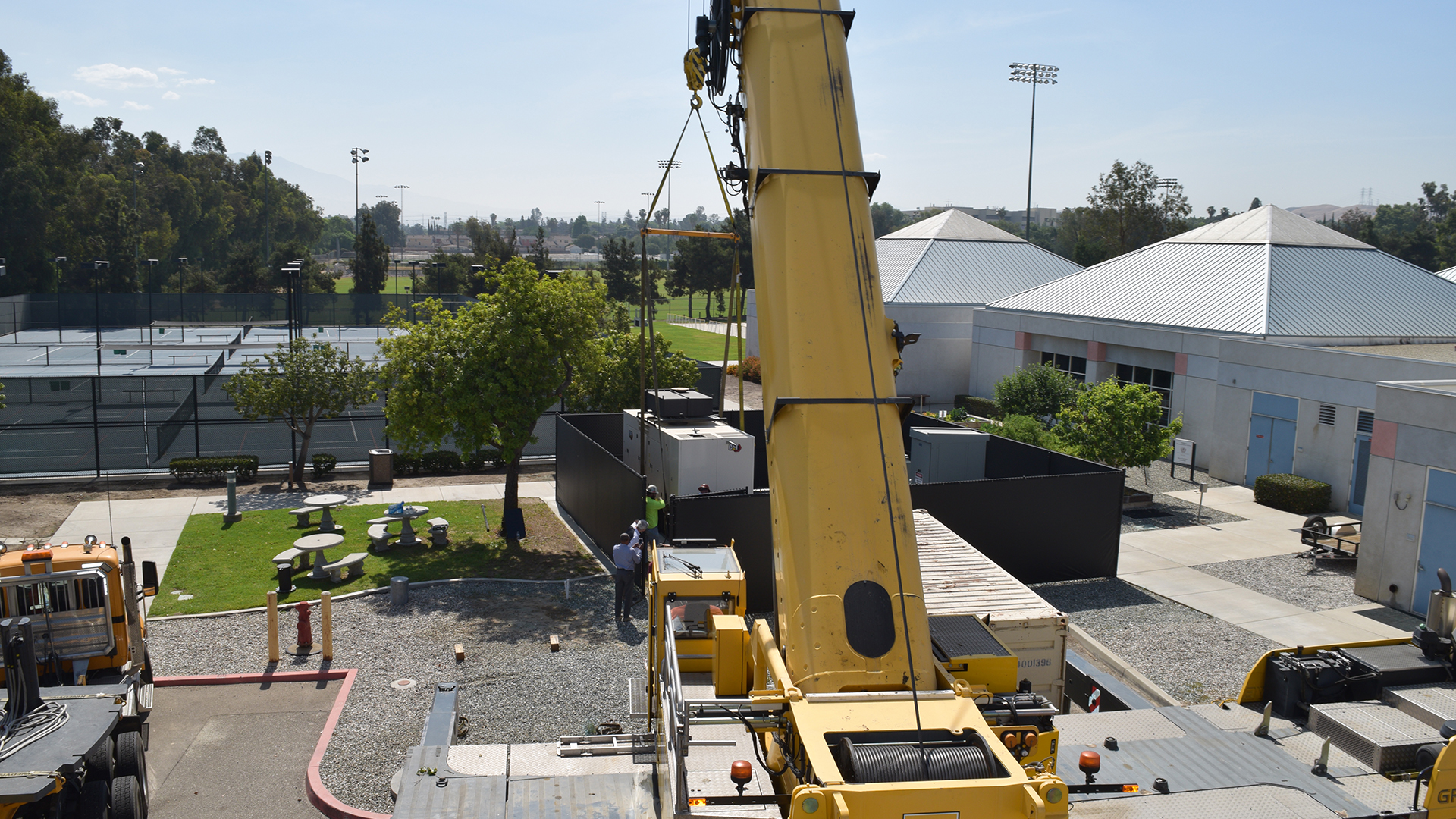 A new generator, powerful enough to keep the lights on for the entire Loma Linda University Drayson Center facility—including the Superfield lights—was placed into position on Wednesday, June 2, 2021.

The importance of keeping Drayson Center up and running, even when the surrounding electrical grid is down, not only serves the convenience of Drayson Center members and staff, but allows the center to better fulfill its role as a designated evacuation site in the event of a major disaster. The indoor areas can be reconfigured to serve a variety of needs—from shelter to clinical aid.

The crane, with a 300-ton capacity and capability of reaching 262 feet into the air (and another 131 feet with extensions), arrived mid-morning to aid in the process of moving the new generator into position.

In October 2019, work began to replace the original generator, part of Drayson Center's construction in 1994, when a giant vault was placed in the ground near the tennis and pickleball courts (read story). Through November 2019, workers installed the necessary electrical connections to ready the site for the new generator.

The original generator was only able to power emergency lighting throughout the facility.

Over the next few days, electricians will integrage the new generator into Drayson Center's electrical grid, ensuring that it is functioning properly in preparation for Drayson Center's full reopening in the coming weeks. Installation was delayed, due to the conversion of Opsahl Gym into a COVID-19 vaccine clinic over the past four months.

For more photos of the placement process, scroll down. 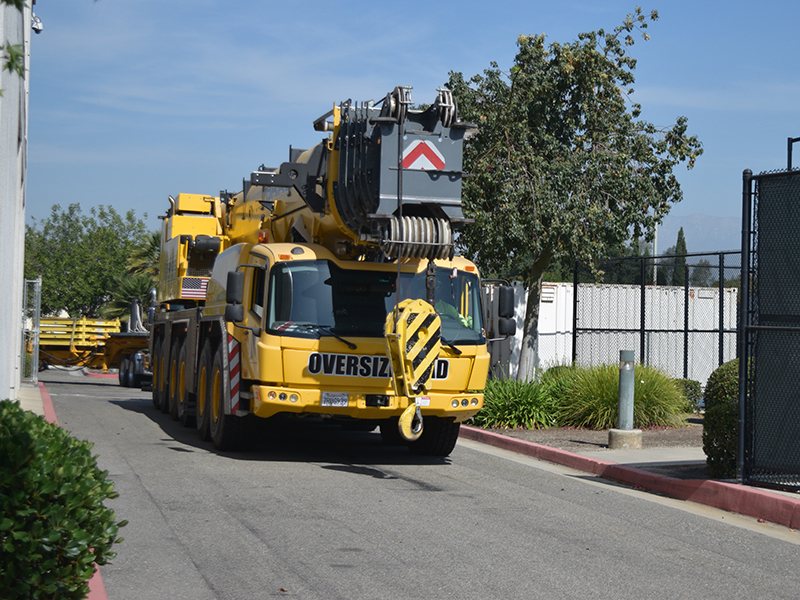 The giant crane arrives and is driven into position behind Drayson Center. Granted, it was more than was needed to lift the new generator, but fortunately for those who enjoyed the wow! factor, it was the only one available that day. 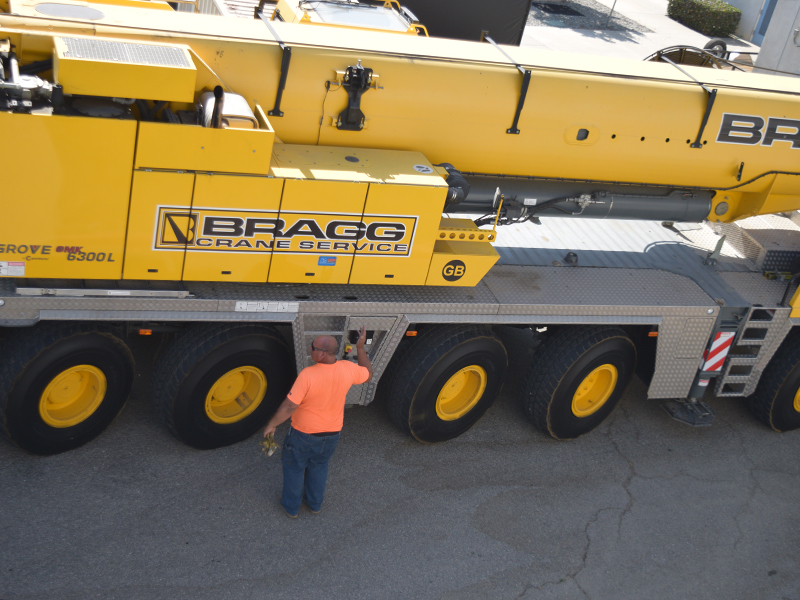 With the help of a second pair of eyes, the driver moves the crane into position, aided by eight giant wheels that are all able to turn independently. 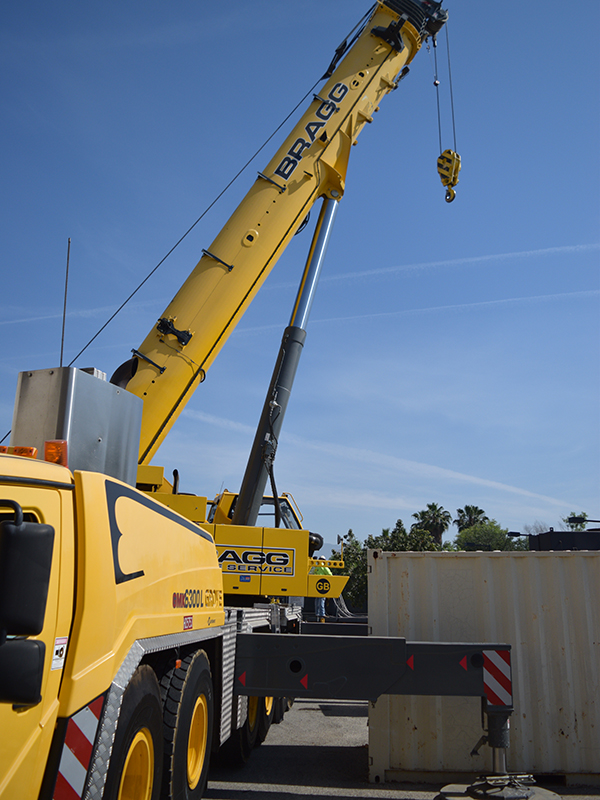 Massive stabilizers keep the crane solidly in place, even when it is hoisting up to 300 tons. 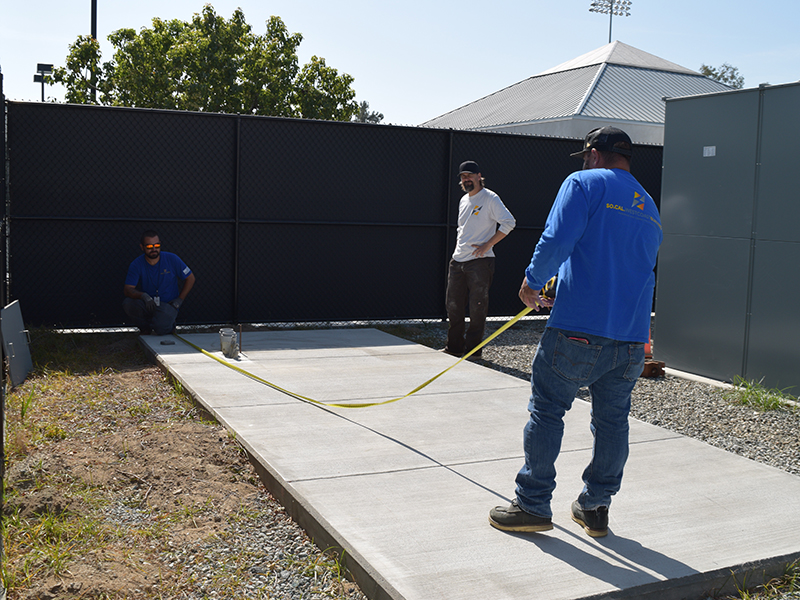 The electricians carefully measure exactly where they want the new generator to be placed on the slab. 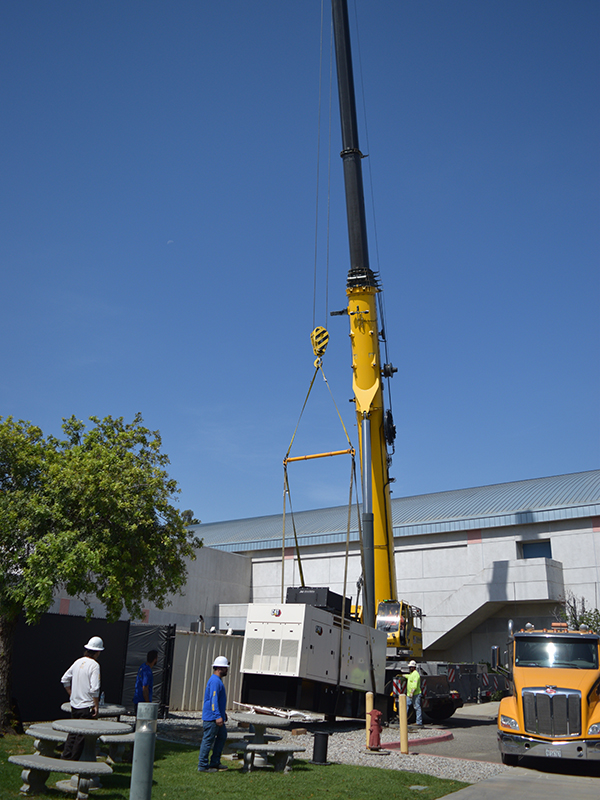 The generator is finally hoisted, with care being taken to reduce any movement. Fortunately, there was little to no wind at the time—just the hot sun. 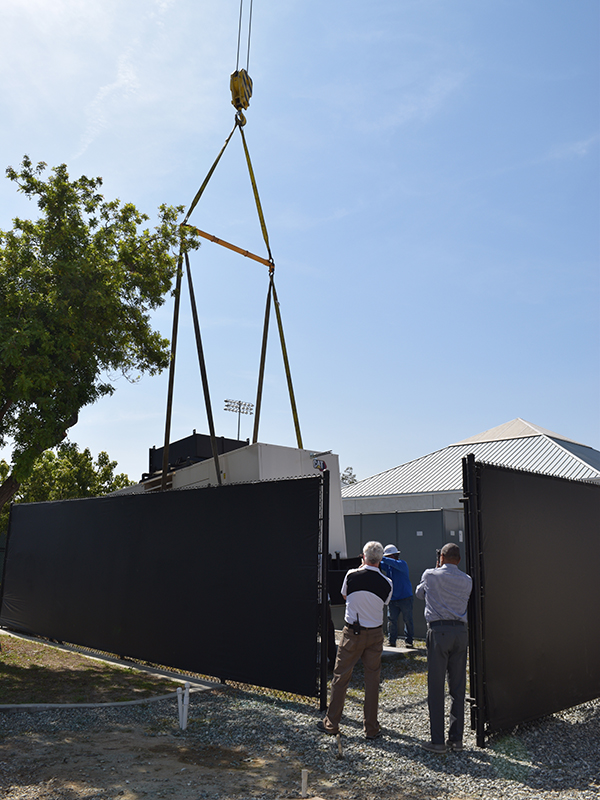 The generator is lowered into the enclosure behind Drayson Center, under the watchful eyes of Richard Wysong (left), facilities manager, and Don Sease (right), Drayson Center director. Personally, childhood memories of Tonka® Toys in the sandbox came to mind. 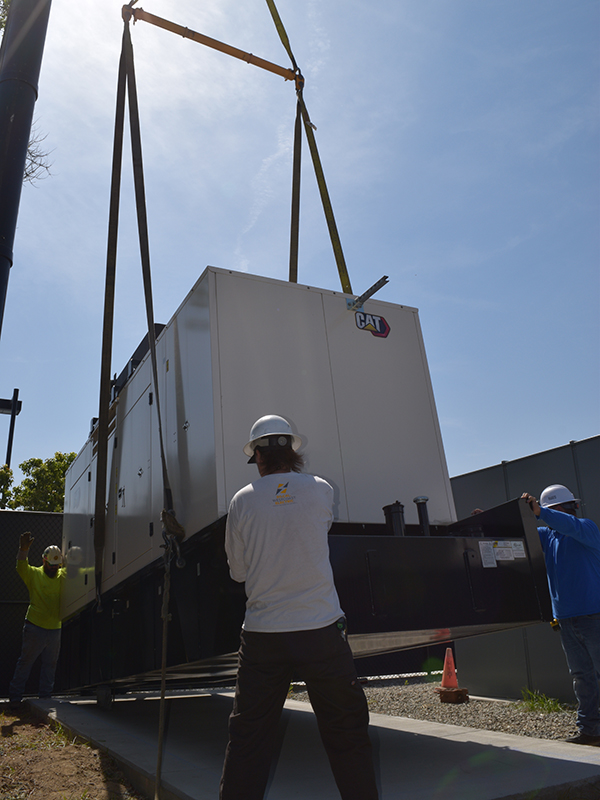 Electricians assist the crane operator in dropping the new generator into the perfect position. 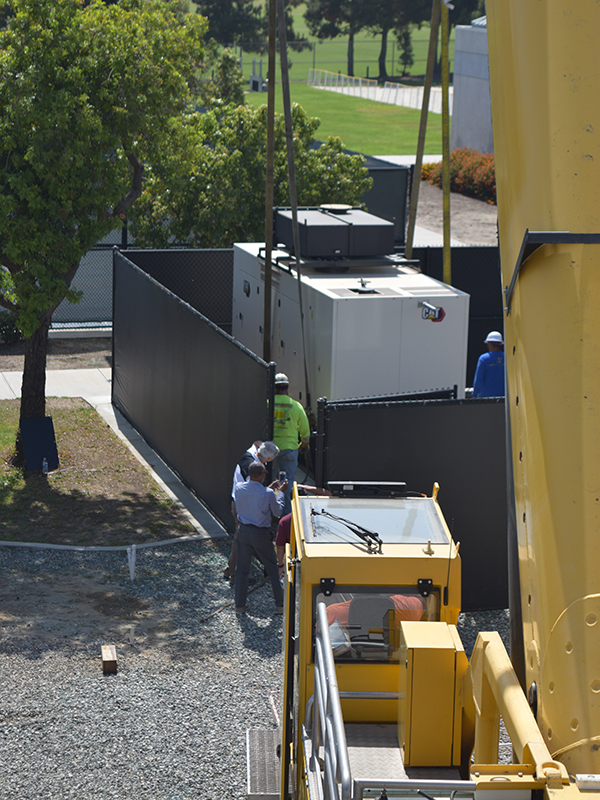 As you walk behind Drayson Center, now you know what is behind the fence. When the electricity fails and the generator kicks on, just keep enjoying yourself; no need to cut things short and exit the facility.