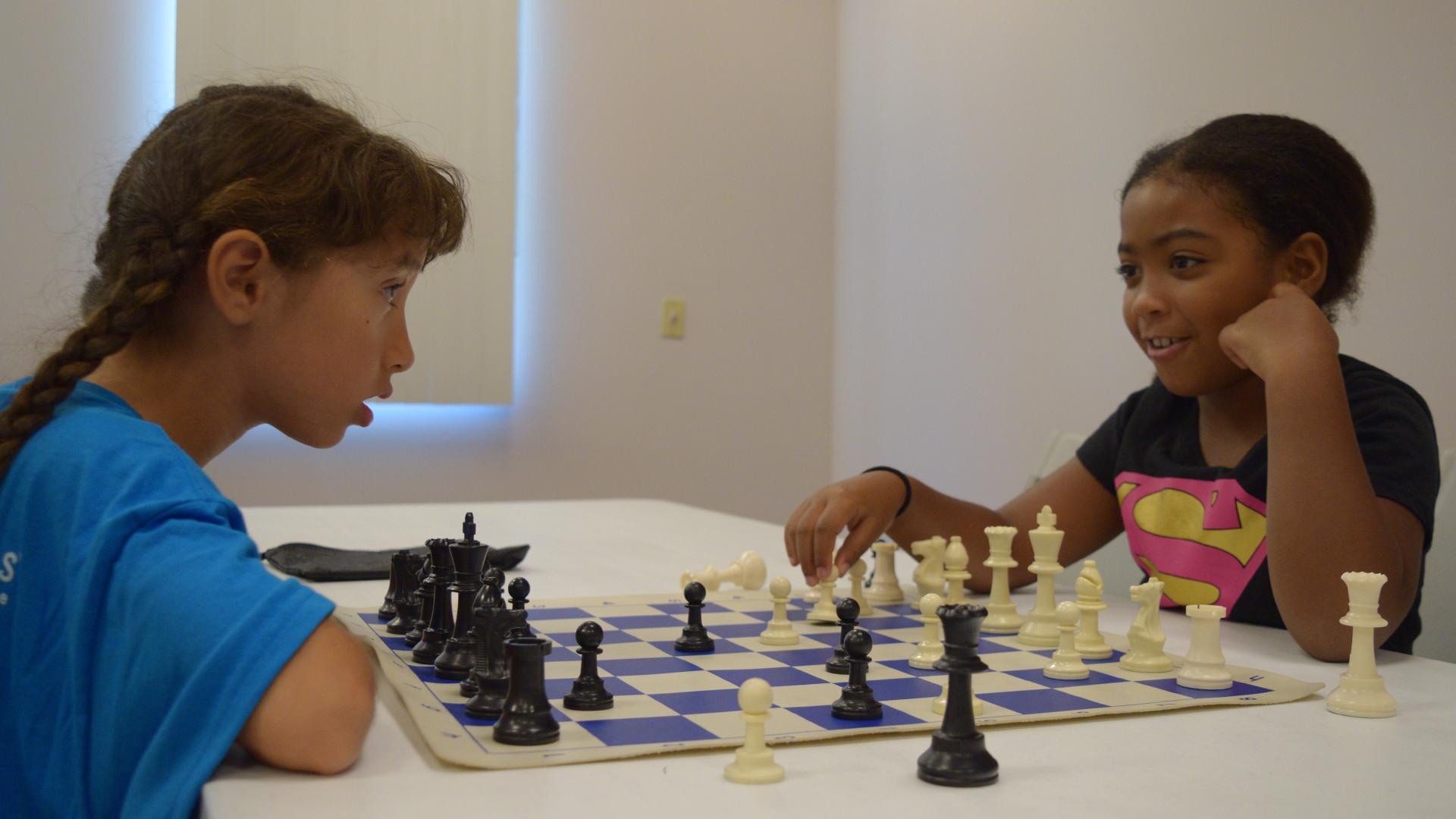 By Larry Kidder | Chess Wizards participants Emily (left) and Ariana (right) "battle it out" in an intense chess match. Actually, they look like they're enjoying themselves. Scroll down for more photos.

Fourteen young people signed up for a week of Chess Wizards, a program founded in 2002 in Chicago that has expanded nationwide. A part of Drayson Center's summer camps for kids, the program challenges young people to exercise their minds. On the final day, Friday, August 3, they were joined by their parents to celebrate their accomplishments.

Chess instructor Dori Webster led the program, which included instruction, matches, and a tournament. Webster is an accomplished chess master in her own right.

For more information about the nationwide program, visit chesswizards.com. 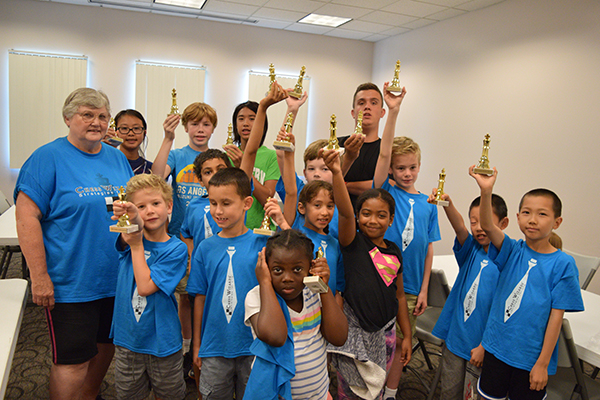 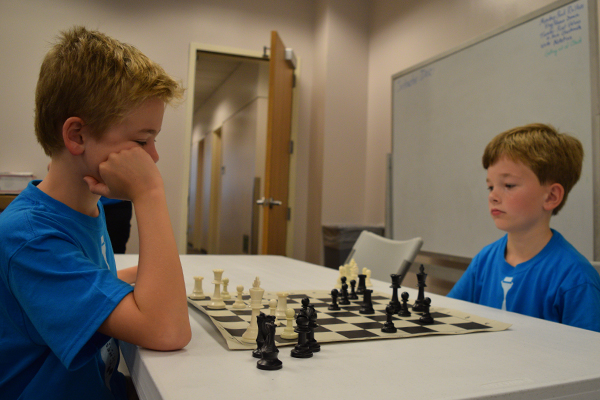 Aidan (left) studies the board while his opponent, Austin, awaits his move. The two played the championship match.