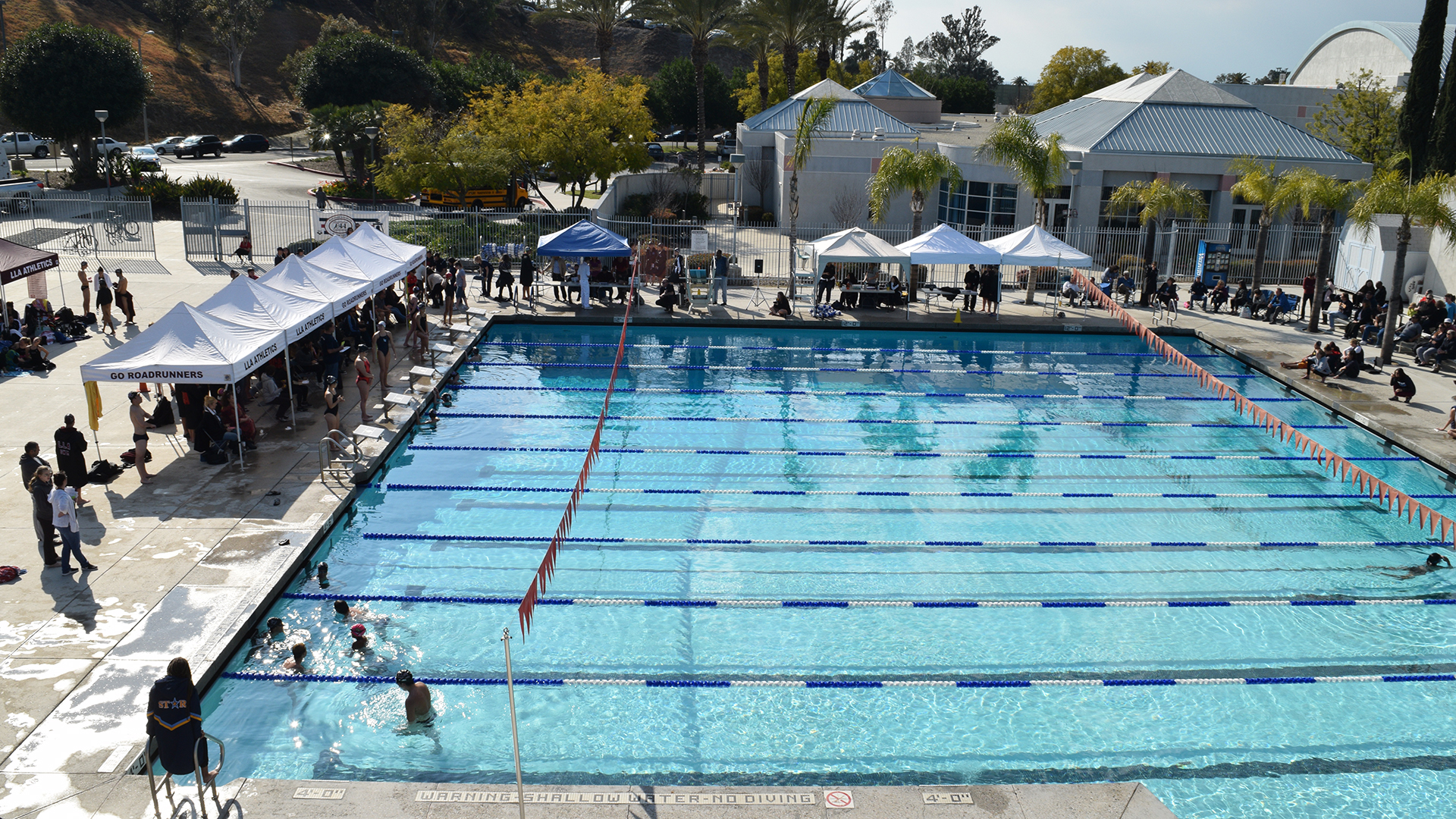 By Larry Kidder | Seven Christian schools from the Inland Empire and beyond were on hand for a swim meet on Tuesday, March 12, at Loma Linda University Drayson Center's pool. Altogether, 120 young people competed in various races with teachers, classmates, parents, and friends cheering them on. Scroll down for more photos.

One school only brought three swimmers, but the excitement, competition, and camaraderie were well worth the effort.

Drayson Center hosts a number of swim meets throughout the year, as well as a resident swim team, Riverside Aquatics Association (RAA). 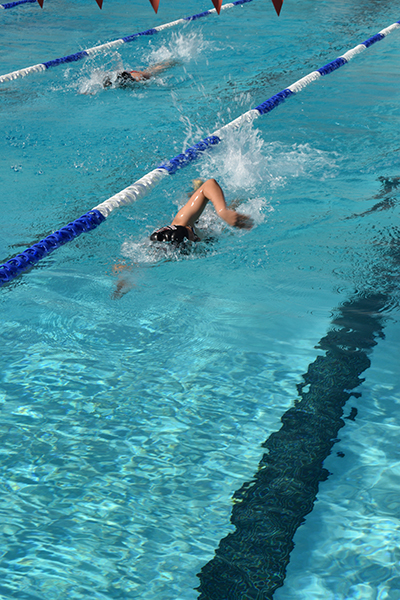 This young swimmer pushes her limits in the crawl. 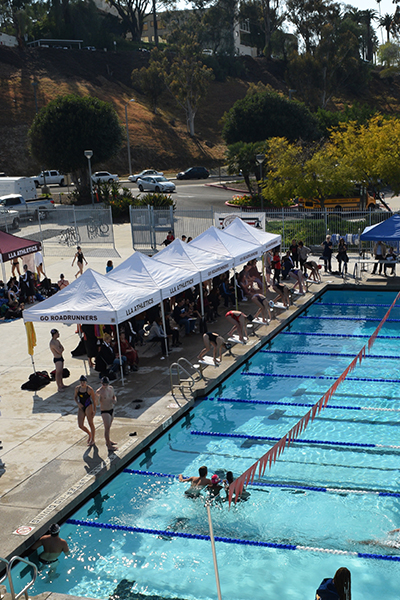 The swimmers take their marks on the blocks, awaiting the start of a race. 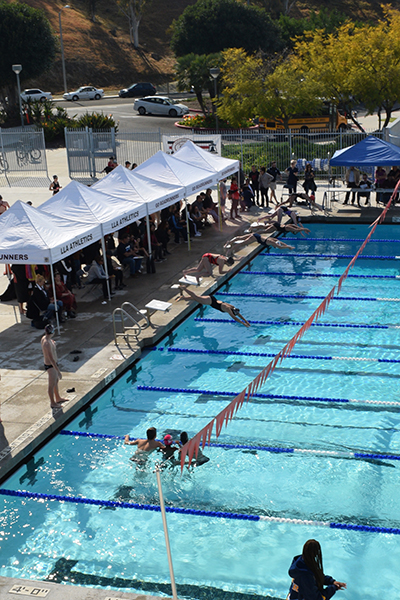 It's a clean start, though not everyone is off the blocks at the same time.