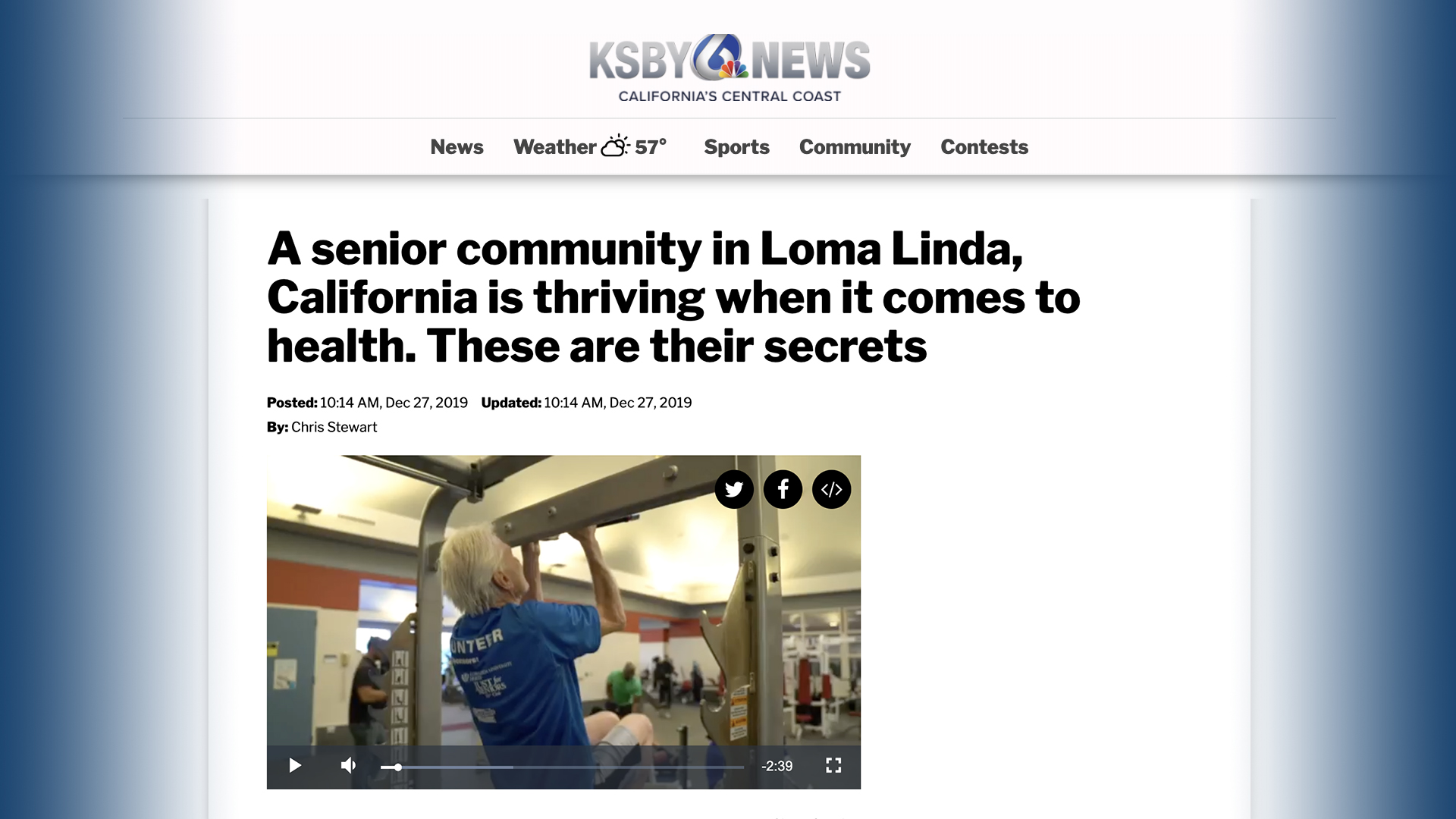 Four members of Drayson Center's thriving Senior Wellness Program were featured in a video and story on the website for KSBY News, which serves California's Central Coast.

In addition to Heinz Lindsor, who began the video by demonstrating amazing flexibility for an 80-year-old, KSBY representatives interviewed Benjamin and Esther Lau, both in their 80s, who walk to and from Drayson Center to exercise. Marijke Sawyer, 72, was also featured.

The story was written by reporter Chris Stewart and detailed aspects of "Blue Zone" living (based on Dan Beuttner's story and book). In addition to exercise, those interviewed spoke about the benefits of faith and a healthy diet.

To read the full story and view the video, click here.