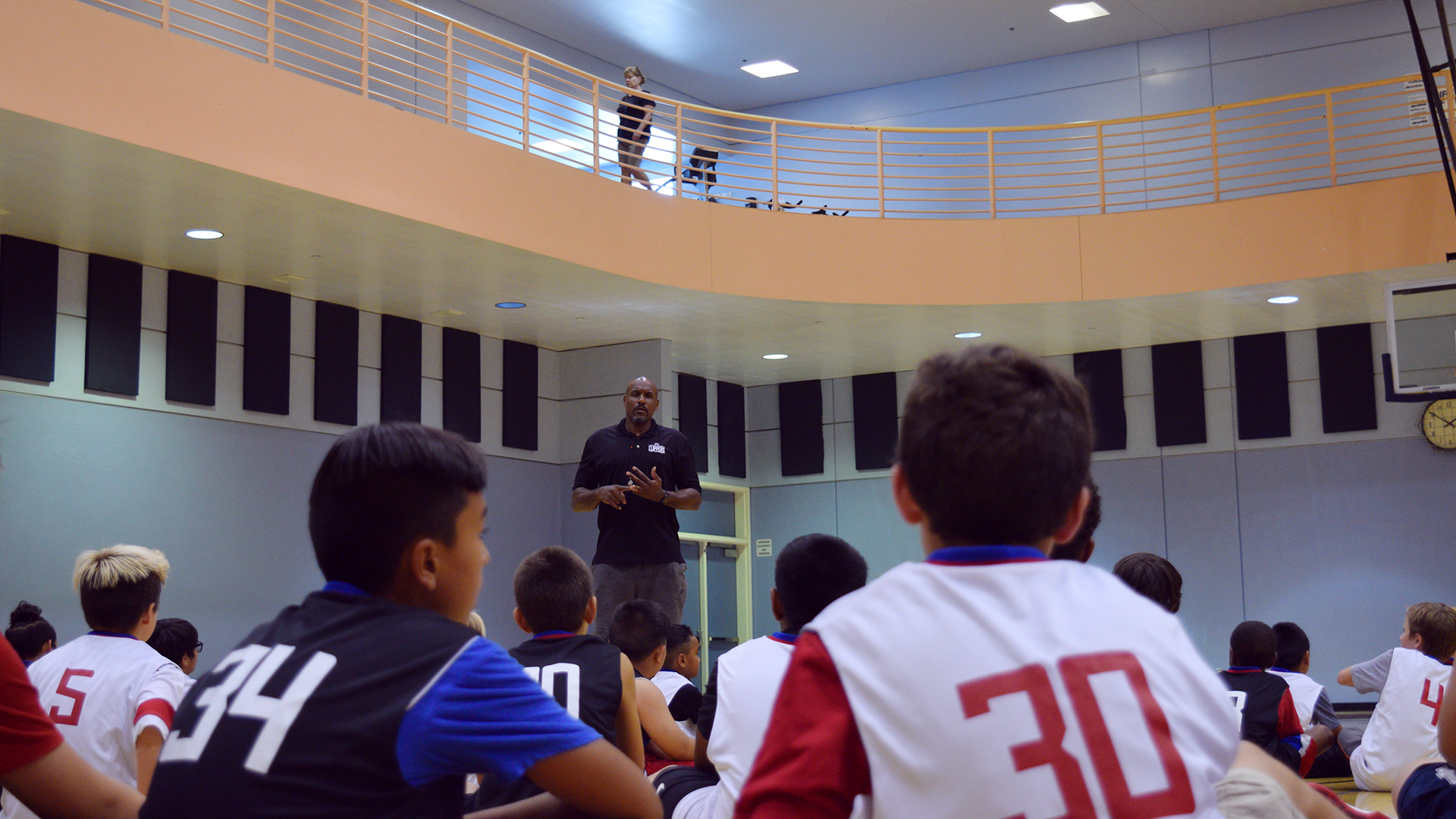 Coach Murray, a member of the L.A. Clippers from 1994 to 2006, headed up the program. Participants worked on drills and running sprints, and—yes—played lots of basketball. They arrived at 8:00 a.m., worked all morning, ate lunch at Drayson Center, and continued into the afternoon until 3:00 p.m.

The Clippers basketball camp concludes the special summer youth camps at Drayson Center for 2017. The summer swim season will continue through August 10. However, a number of other aquatics classes are available throughout the year. 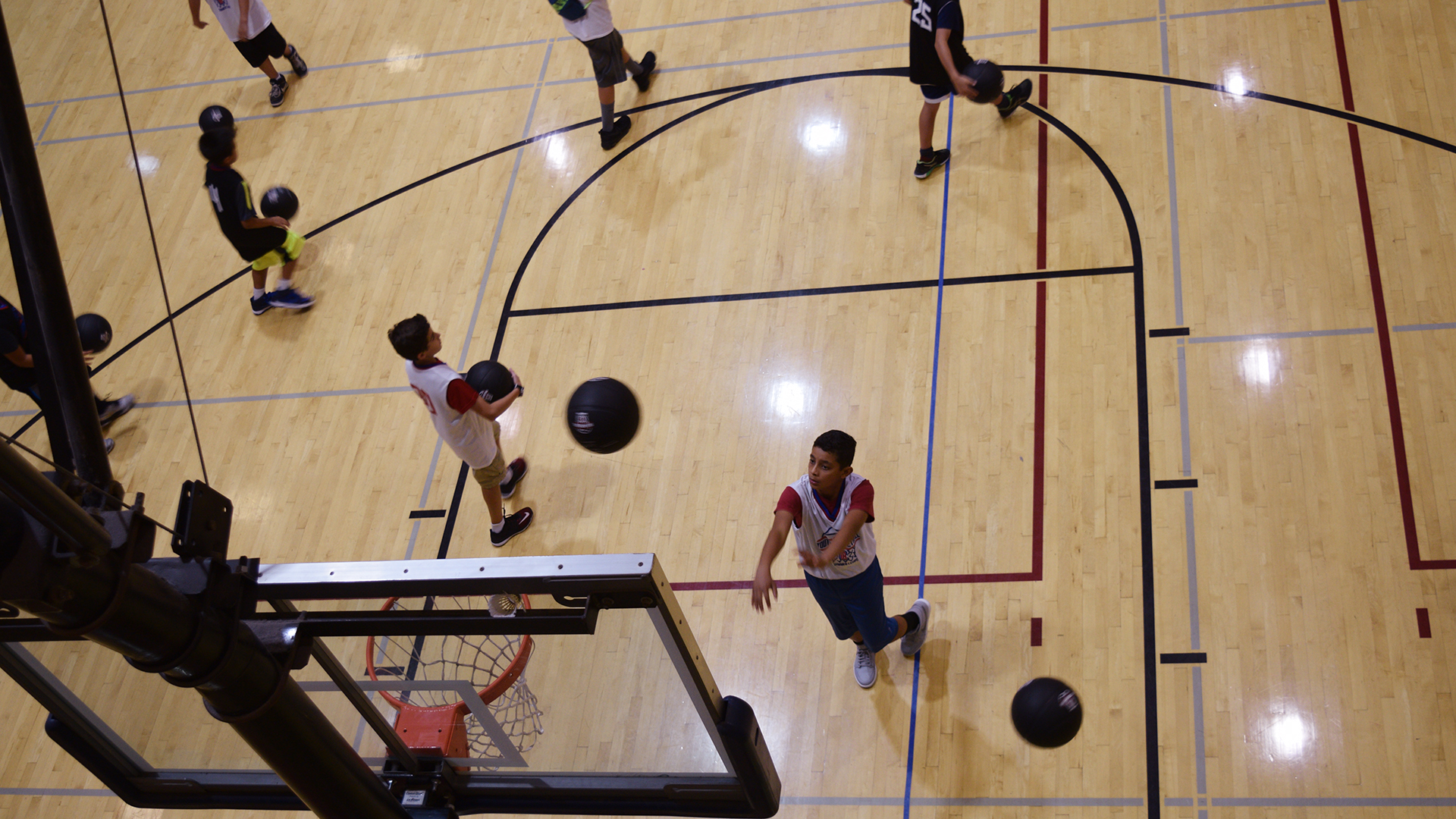 The thunder of basketballs echoes through Opsahl Gym as young basketball enthusiasts warm up for a scrimmage. 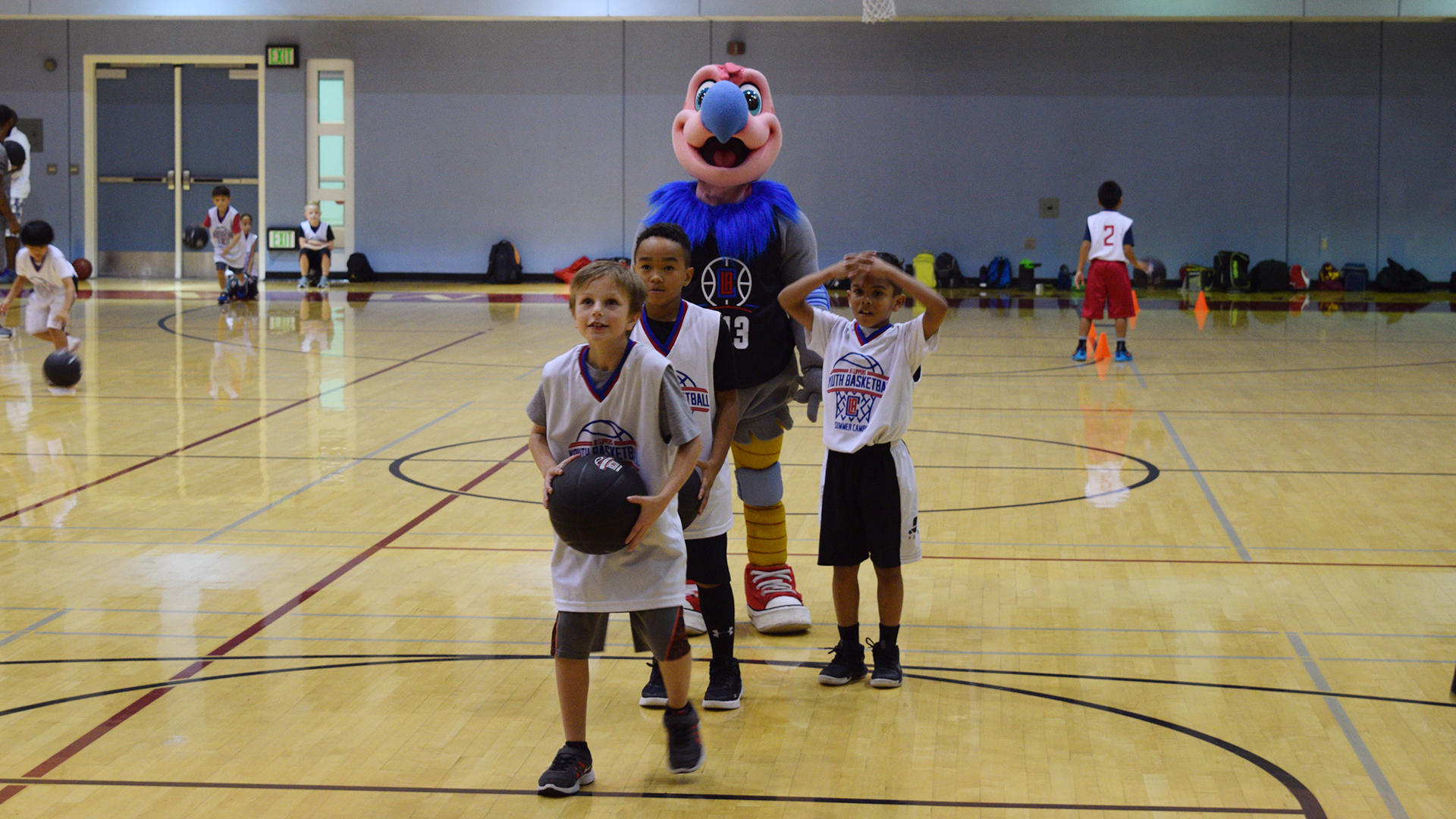 Clippers mascot, Chuck the Condor, awaits a turn at the foul line behind some young up-and-coming basketball players.