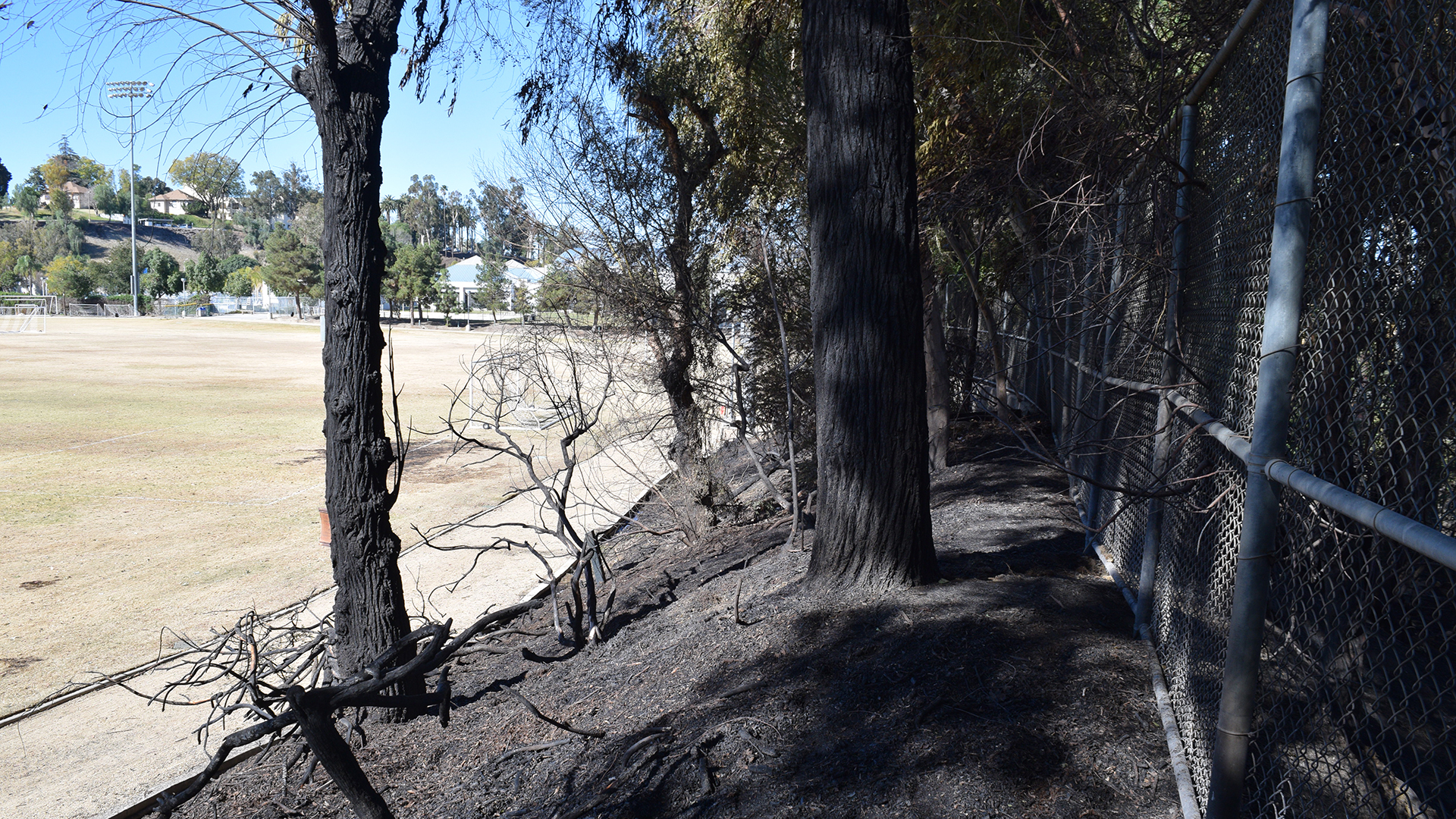 By Larry Kidder | At 1:34 a.m. Friday, March 11, Richard Wysong, MBA, interim director and facilities manager at Drayson Center, was awakened by a call regarding an active blaze at Drayson Center. Scroll down for more photos.

While many were sleeping in the wee hours of Friday morning, March 11, 2022, a fire broke out on the northern perimeter of the Superfield, scorching trees and underbrush, as well as damaging several lights along the track and some luckless sprinklers.

At 1:34 a.m., Richard Wysong, MBA, interim director and facilities manager at Loma Linda University Drayson Center, was awakened by a phone call informing him that a fire was happening at that moment on the Drayson Center property. He arrived to see a number of firefighters and other first reponders—including LLUH Security—along with their vehicles, filling the Superfield, lights flashing.

The fire did not take long to extinquish. Until proven otherwise, the fire is suspicious, since a number of homeless camps exist within the area. With the temperatures dipping into the mid-40s, someone may have been simply trying to stay warm.

Since the fire extended beyond the Drayson Center property and into the undergrowth next to the railroad tracks, firefighers were forced to cut a large are of the fence. 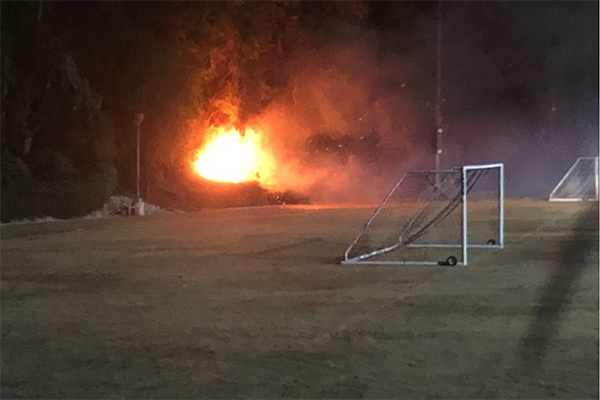 Wysong snapped this photo of the north perimeter of the Superfield from quite a distance, since firefighters were busy knocking down the fire. The Superfield was filled with first responders and their vehicles, lights flashing. 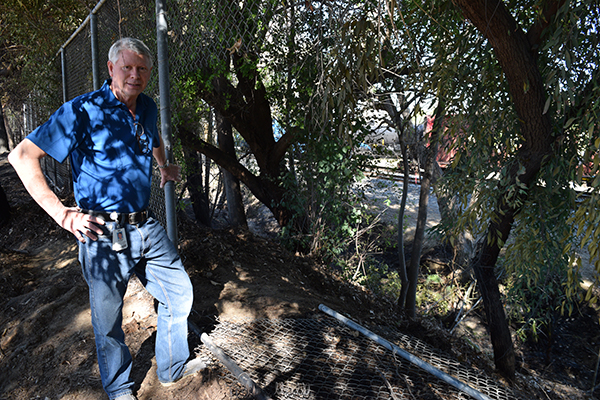 Wysong stands next to the area where firefighters cut out a section of the Drayson Center Superfied fence in order to access the fire next to the railroad tracks. 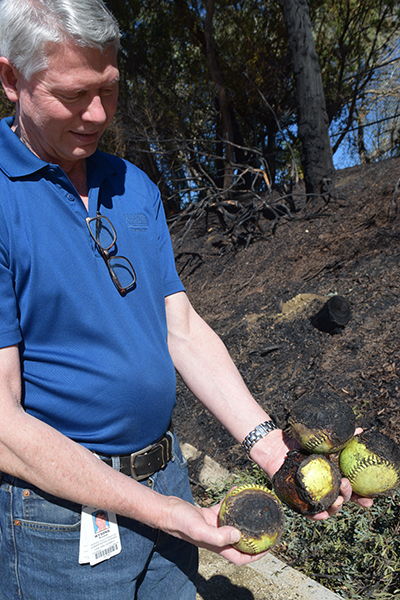 Some softballs lost in the underbrush next to the softball field made a reappearance, significantly damaged by the fire. 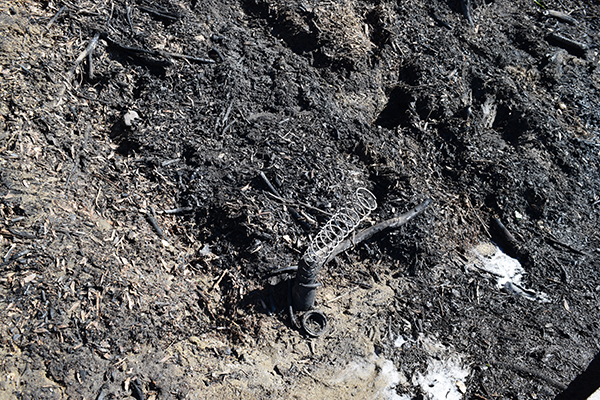 A number of sprinkler heads like this one will need to be replaced to prevent individuals on the running track from receiving an unexpected shower.