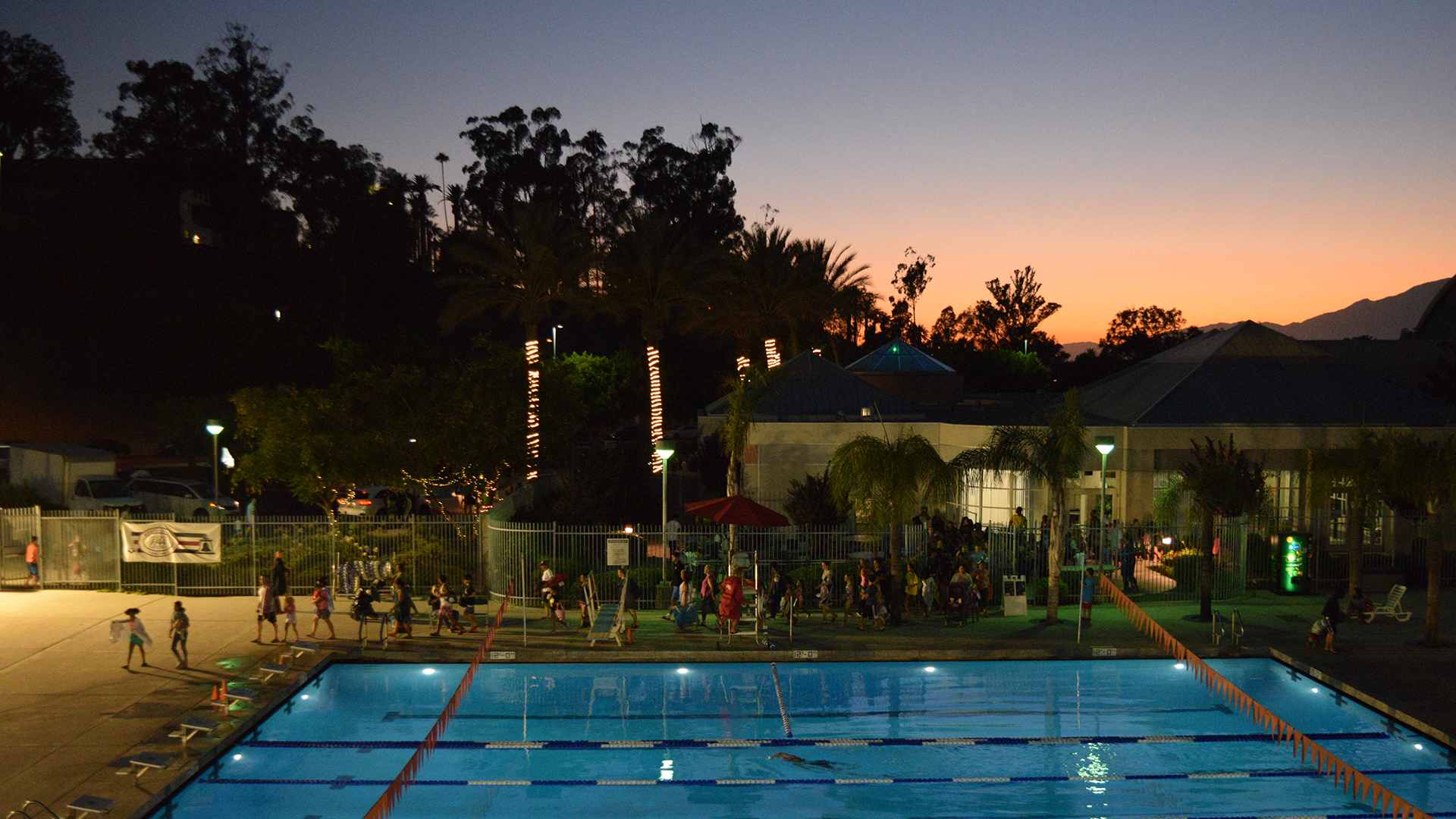 Approximately 600 people were on hand for each of three Swim-N-Cinema evenings during Summer 2019, held July 3, July 19, and August 1. Each evening featured a different Disney blockbuster feature.

On August 1, "Lilo and Stitch" played on a giant screen in the background while children and their parents frolicked in the cool water. Some of the children managed to swim and watch at the same time.

Refreshments were available at Bill's Place, the eatery located just inside the building entrance, including nachos, popcorn, and various other appropriate snacks for a pool party.

For those who couldn't make it, apologies. And don't make the same mistake next summer. 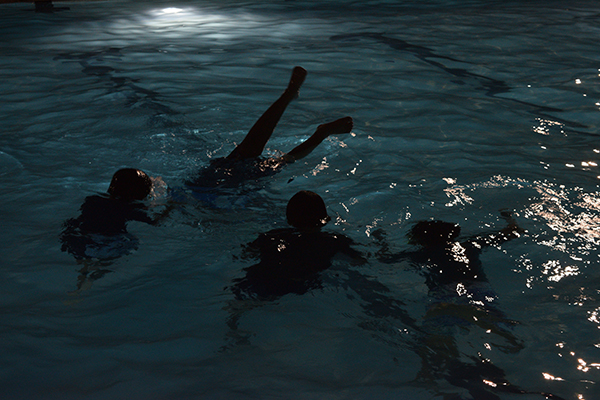 Not much beats spending time with your friends in the nice cool water on a warm, summer night in Southern California. 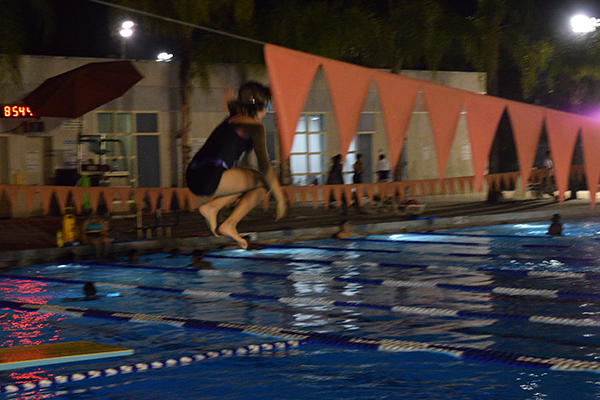 Making a big splash is the entire point. This young lady is in the midst of becoming a human cannon ball. 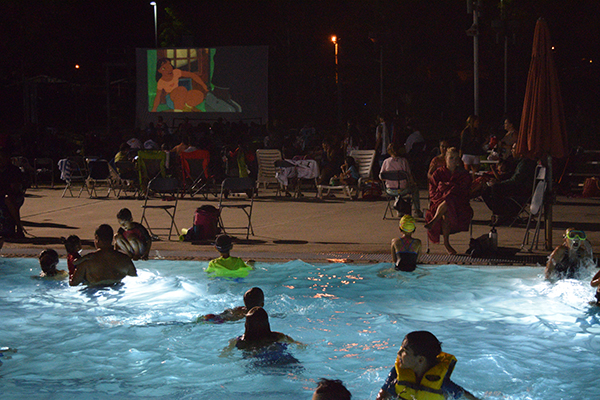 Is it possible to swim and watch the movie at the same time? Apparently so.