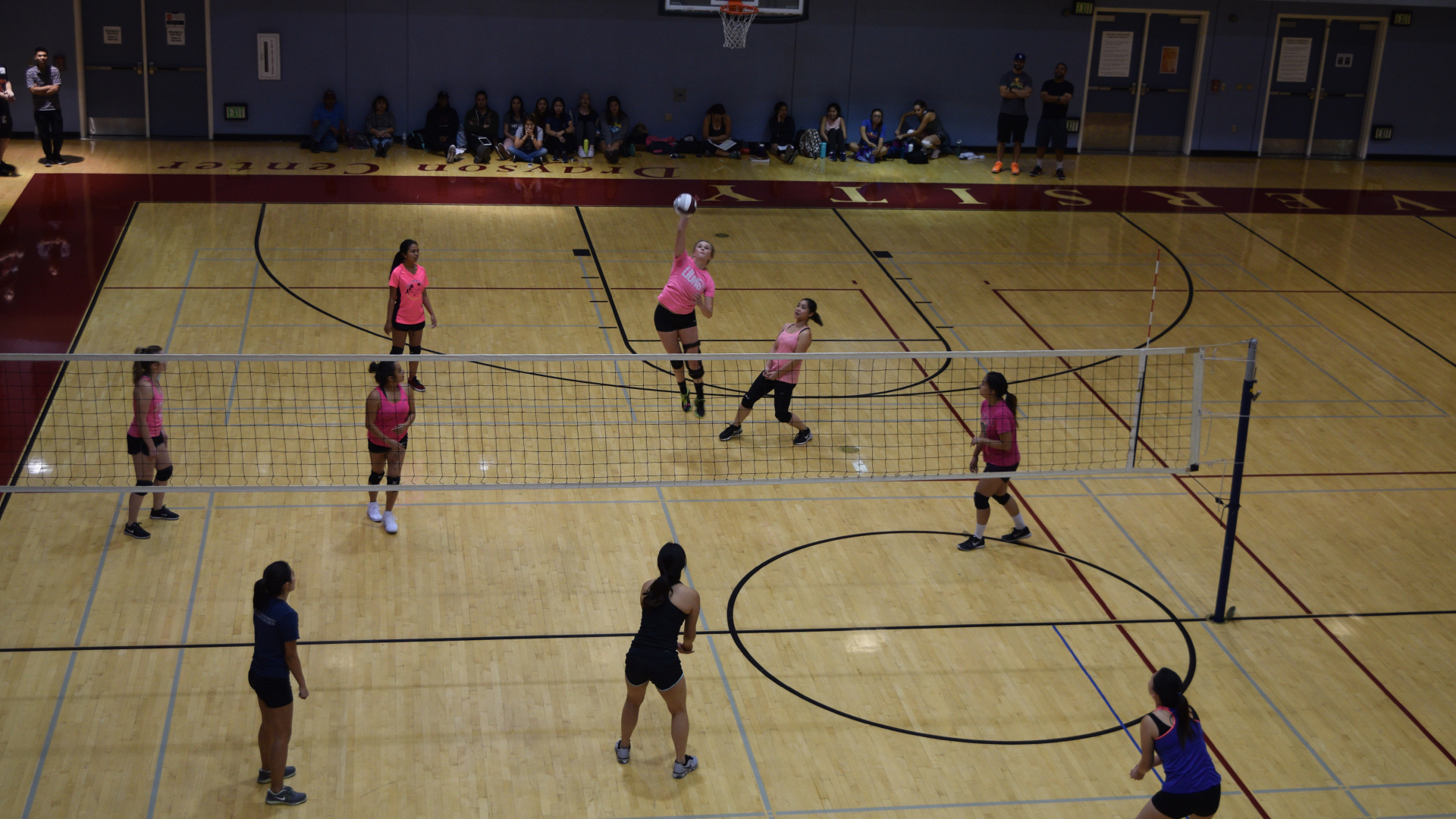 By Larry Kidder | A team member lines up an overhead smash—also known as a spike—as two women's volleyball teams face off in Opsahl Gym. Scroll down for an additional photo.

Following a day of intense study or work, intramurals provide a great way to unwind and socialize. "We take great effort to start and end on time," says Edwin Jones, intramurals manager at Drayson Center. "We respect the time of our students, employees, and community members who have other things to do but still make the effort to take part."

Winter intramurals will include co-rec (both genders) volleyball, dodgeball, and basketball, as well as women's short soccer (7-on-7) and full-field soccer (11-on-11). Both soccer options are open to anyone who shows up and wants to play. 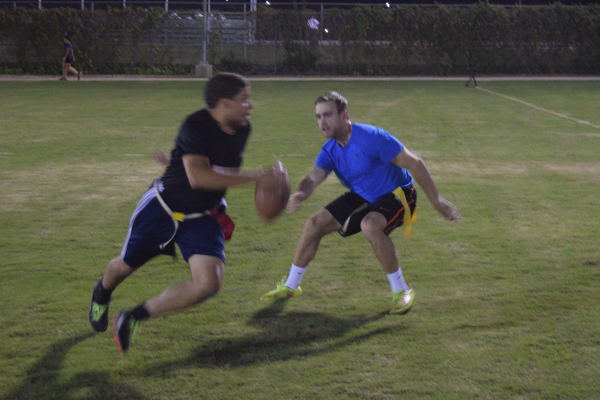