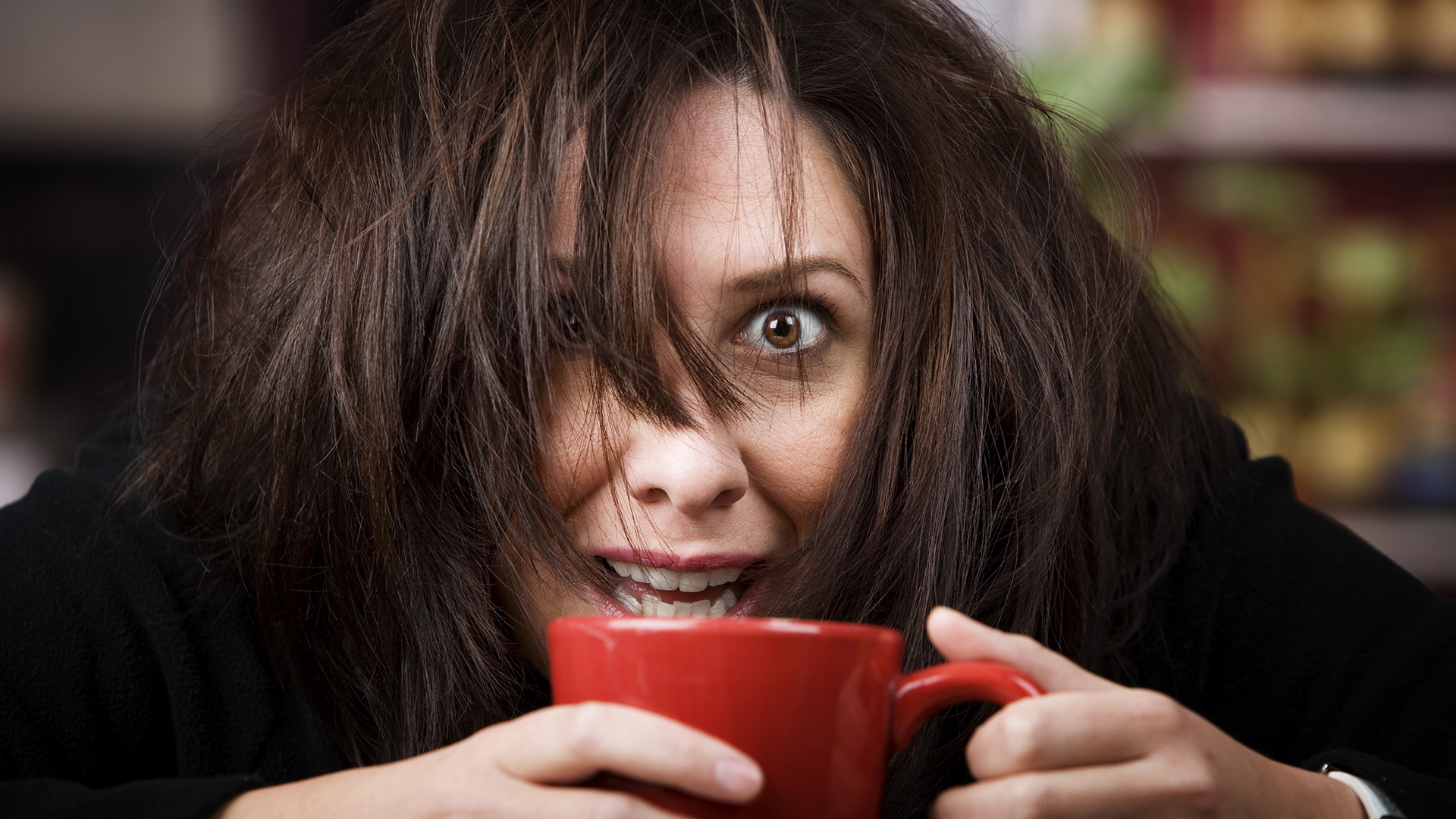 By Larry Kidder | This woman may be suffering from "Caffeine Use Disorder," an official syndrome described in the DSM-5.

Caffeine is the drug of choice for approximately 90 percent of the world’s population—nearly 7 billion people—who routinely ingest it in some form or fashion.

According to the Diagnostic and Statistical Manual 5th Edition (DSM-5), “Caffeine Use Disorder” describes an addiction syndrome with related cognitive, behavioral, and physiological effects, as well as significant addictive characteristics and withdrawal symptoms. In fact, it is grouped with cocaine as one of the more addictive drugs. In addition, “Caffeine Withdrawal” is now an official diagnosis.1

Does caffeine pose a health risk for consumers? No and yes. A rash of recent studies have suggested that caffeine not only improves mental acuity but may have a number of health benefits including a possible reduced risk for stroke. On the health-care side, caffeine is used to counteract life-threatening conditions, similar to epinephrine (adrenaline), but for different reasons.

However, certain side effects can also lead to symptoms that have been shown to be harmful over time and even life-shortening.

Caffeine primarily works by suppressing all types of adenosine receptors in the brain, which regulate brain functions such as sleep, cognition, learning, and memory.2

Like other drugs, caffeine toleration in the body increases over time, requiring higher doses to gain the same level of stimulation. While the effect may not be as readily felt, rising caffeine levels cause the body to operate in a heightened state—much like chronic stress—releasing many of the same hormones that damage the body’s defenses and sap reserves.

The impact on one’s sleep cycle is perhaps the most critical effect of caffeine consumption, described by some as a “sleep sandwich” and referring to a pattern of behavior that can severely impact one’s ability to function.

The pattern is simple: First, caffeine is consumed, suppressing sleep receptors in the brain and creating a feeling of increased energy (the half-life of caffeine—its measurable impact on the body—typically lasts between 12 and 24 hours); second, the sleep cycle is interrupted, reducing both the length and depth of sleep, robbing the body of time to repair itself and replenish its reserves; and third, reduced energy and mental acuity the following day require more caffeine to counteract the effects of sleep deprivation. Repeat indefinitely.

Studies abound that have looked at the health risks associated with sleep deprivation. Unstable moods, depression, and anxiety are just a few of the mental risks. Physical impacts reflect the depletion of reserves and undue strain on the body’s systems—in essence masking the body’s signals regarding its needs and limitations.

Caffeine use disorder is one of the least-publicized drug addictions. Yet, the addictive qualities are comparable to cocaine and other stimulants.

Withdrawal symptoms include headaches as well as physical and mental fatigue—similar to the beginning stages of the flu. Those seeking to stop using caffeine will likely experience these symptoms for several days or more, depending on the amount consumed as well as the level of tolerance.

Seventh-day Adventists have been warned against caffeine consumption since the late 1880s. Ellen G. White, founding pioneer of the church, wrote the following: “The action of coffee and many other popular drinks [like tea and soft drinks] is similar. The first effect is exhilarating. … Fatigue is forgotten; the strength seems increased. The intellect is aroused, the imagination becomes more vivid.”

Mrs. White continues: “By this continual course of indulgence of appetite, the natural vigor of the constitution becomes gradually and imperceptibly impaired.”3

Mrs. White also had much to say regarding the harmful effects of smoking. In her day, tobacco use was actually prescribed by physicians to treat lung disorders, anxiety, and other health issues. Meeting rooms, restaurants, and planes were hazy with cigarette smoke into the 1990s. Today, we know that smoking—even second hand—significantly increases the risks for disease and shortens life expectancy.

Perhaps science will once again catch up to the warnings of Mrs. White, similar to the way smoking has throughout the United States.

Moderate consumption of caffeine does not seem to be particularly health-threatening, but life circumstances can easily pull individuals into a never-ending spiral of addiction.

Either way, caffeine use may be worth considering as a lifestyle factor that can negatively impact one’s health.

It’s something to think about.

1Addicott, Merideth A. PhD. “Caffeine Use Disorder: A Review of the Evidence and Future Implications,” U.S. National Library of Medicine, National Institutes of Health, 2014.

2Ribiero, J. A.; and Sebastio, A. M. "Caffeine and Adenosine," U.S. National Library of Medicine, National Institutes of Health, 2010.